In October 1991, the Evangelical Pentecostal Fellowship (EPK) started ‎a college with the aim of educating and training young people for the ‎Lord’s service. The first year of the EPK Bible College started in ‎Kadarkút, a village in southwestern Hungary. The following year, the ‎College moved to Budapest. Between 1992 and 1997, it had its classes ‎in the headquarters of the Evangelical Pentecostal Fellowship. In the ‎beginning, the ICI Education Foundation (the International ‎Correspondence Institute) allowed the free use of its course ‎materials, which was of great help.‎

In December 1997, the Bible College moved to an aesthetically ‎refurbished building in District 18 of Budapest, which is the current ‎site of the College. This building complex accommodates offices, ‎classrooms, a library, a kitchen, a dining hall, a prayer room, as well as ‎the male and female dormitory.‎
Between 1997 and 1999, we made efforts to modernize the ‎curriculum of the College and to raise the scholarly standard of the ‎education. In 1999, the institute was renamed Pentecostal ‎Theological College.‎. 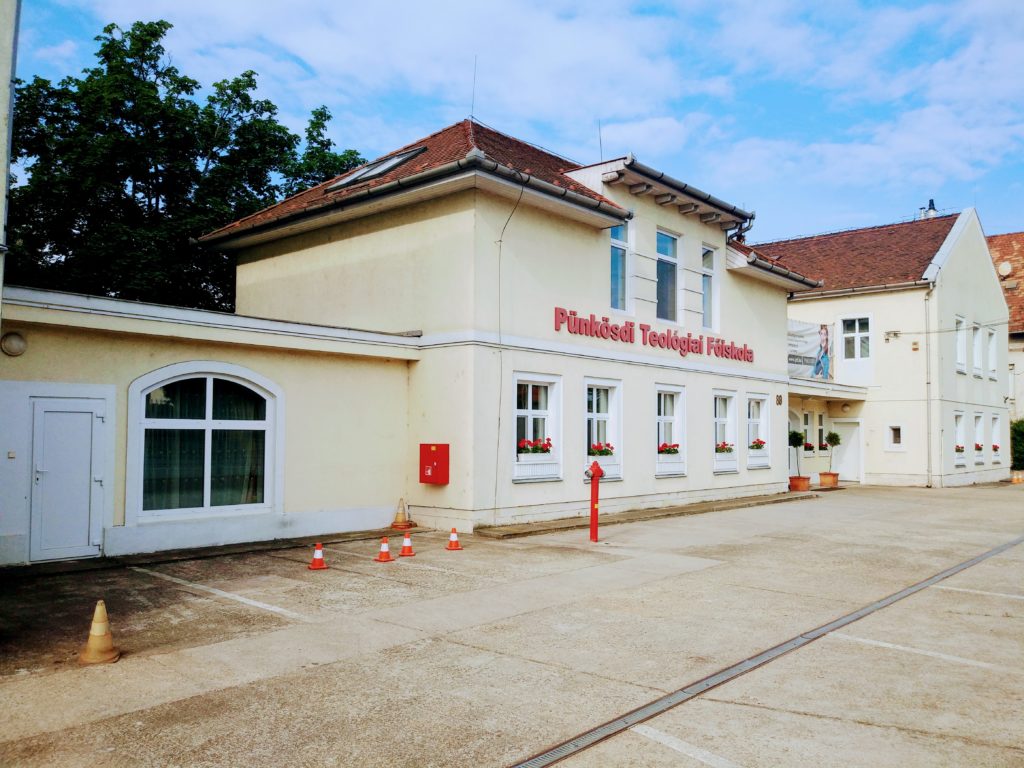 Development in the new millennium

With the advent of the new millennium, the development of the ‎College took a somewhat new direction. Although it strove to keep ‎and carry on the scholarly results attained, which manifested ‎themselves mainly in the training of instructors and the development ‎of the curriculum, the main emphasis was placed on involving the ‎students in the ministry. Mission groups formed one after the other, ‎which on the one hand, were aimed at real needs around us, such as ‎the homeless, the imprisoned, the blind, hospitals and others, and on ‎the other hand, they provided excellent practical opportunities for ‎the students to integrate the theoretical knowledge acquired at the ‎classes into their personalities. Thus, we managed to achieve that ‎‎70% of our graduated students work in various ministries nationwide‎.